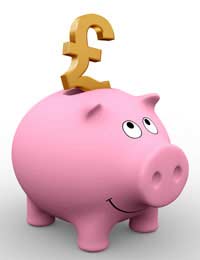 Over recent years a lot of people have bought financial products that weren’t suited to their circumstances and didn’t know exactly what they were buying. A considerable number of these individuals may be victims of mis-selling and not realise that they may be entitled to make a claim.

There is a difference between being mis-sold and under-performance of a financial product. If your endowment mortgage, investment bond or pension policy has not performed as expected, this does not necessarily mean you have been mis-sold. A lot of people may be put off by this, but the reality is that some people who bought under-performing financial products may not have been told about the risks involved in making the investment, or were otherwise incorrectly advised.

Why You Could Have Been Mis-Sold

Financial advisers and other sales people often received large commission on sales of these products and may have misled you into thinking your investment was very safe while in fact exposing you to considerable risk. In other cases, you may have been sold the wrong type of product for your circumstances, purely because some types of investment or pension products made the salesman more commission.

The property boom of the last few years has meant that a lot of people mortgaged and re-mortgaged, but may have been given the wrong advice when buying a mortgage. The Financial Ombudsman received over 7,000 mortgage complaints in 2009 alone. While the country struggles its way out of recession it may be that more homeowners will seek to challenge the advice that they were given when they took out their mortgage.

There are time limits on being able to make a claim, which is why in recent years there has been a flurry of advertising for people who may have been mis-sold endowment mortgages. The general rule is that you can claim until six years after you were sold the product, or up to three years after you realised that you had been mis-sold.

You can choose to complain yourself by going to the Financial Ombudsman. Alternatively, you can take your case to a specialist financial mis-selling solicitor who will be able to advise you as to the merits of your claim and the next steps you should take. The vast majority of lawyers will be able to undertake cases that have merit on a no-win, no-fee arrangement.

Between 1988 and 1994 a lot of people in the UK were advised to take out personal pension plans, despite the fact that they may have had a better pension plan in place through their employers or another product they took out independently. As a result, the pensions regulator (Financial Services Authority) required the firms which sold the original pensions to carry out reviews of the pensions sold during that period and to compensate anyone who had suffered any financial loss. Although a lot of people have had reviews undertaken, there are still some who have not taken advantage of this process. If the firm that sold you your product has gone out of business, the FSA can review your pension themselves. In the event that you are eligible for compensation your case will be referred to the Financial Services Compensation Scheme which may make an award up to a maximum of £48,000.
Next Page