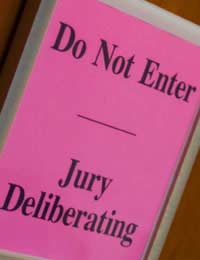 The rules relating to entitlement to costs for defendants acquitted of criminal charges has recently changed. As of 31st October 2009, cases commencing in the Magistrates’ Court or the Crown Court are subject to the new scheme.

The new rules effectively mean that a defendant who is acquitted who has paid privately for legal representation will only be able to claim up to the amount of the equivalent legal aid rate for legal fees. This has caused considerable upset in the legal profession and the Law Society is currently litigating with the government over the imposition of these new rules.

What does ‘Acquitted’ mean?

An ‘acquitted’ defendant does not necessarily need to have been found ‘not guilty’ at trial. An acquitted defendant may also be someone against whom the prosecution have decided to discontinue proceedings, or may be a person who has successfully appealed against their conviction.

There are two ways in which acquitted defendants can get their costs reimbursed. These are by summary order of the court, in which case the judge or magistrate simply makes an order for costs according to the costs that have been incurred. It is therefore important for defendants who are acquitted to have a record of the expenses they have incurred in attending the court proceedings. This makes it more likely that the court will simply make an order there and then.

Alternatively, a court can order that costs must be assessed before they can be paid. This may happen where, for example, the court does not consider it has enough information to be able to make a summary order, or where the defendant does not agree the amount that the court proposes to make by way of summary order.

What Can Be Claimed?

Defendants costs are not simply limited to travel costs to and from court. The court will award costs as it 'considers reasonably sufficient to compensate him for any expenses properly incurred by him in the proceedings.’ Case law suggests that this can include attendances made prior to being charged by the police, i.e. attending interviews or answering bail at the police station.

These costs will be paid ‘out of central funds’, so defendants may hear their lawyer making an application using this terminology. The court, therefore, does not have to award the full amount of a defendant’s expenses, and applies a test of what it considers would be ‘just and reasonable.’ The court will then make an order citing that amount.

Members of the public who are called upon to do jury service may make claims for travel to and from court, subsistence and financial loss. All such claims need to be proven, such as by producing a receipt or statement from your employer. Travel expenses can be claimed for: public transport (standard class only); a mileage rate for car travel; and taxi fares by prior approval from the jury manager at court. Taxis will usually only be paid for in the event that there is no public transport available or where the juror has difficulty using public transport because of mobility. In most courts, jurors get a ‘smart card’ which enables them to buy a certain amount of subsistence each day. The caterers then claim this money back from the court directly.

Jurors who lose earnings, a benefit or incur other expenses as a result of having to attend court are entitled to make claims for these losses. HMCS publishes a table of Allowances that provides the maximum amount that can be claimed each day. This depends on the length of time of the loss and the length of time you are sitting on the jury.

Loss of earnings can also be claimed by the employed and self-employed. Employed jurors have to ask their employers to complete, sign and stamp the loss of earnings certificate which is sent to jurors along with their jury summons. Self-employed jurors have to provide third party evidence of their loss of earnings. This may be, for example, a letter from an accountant that calculates the juror’s weekly income, or a copy of the juror’s last tax return, or a letter from someone who wanted to employ the services of the juror but was prevented from so doing because of the jury service.
Next Page

How to Get your Deposit Back as a Tenant

Bank Charge & Credit Card Charges
Share Your Story, Join the Discussion or Seek Advice..
I spent a week in jail and was bailed straight away and told that I should never had been put in prison.my first court appearance was in haverfordwest,i live in Pembroke dock,7 miles away.i had drank a bottle of vodka on an empty stomach and had no recollection of the events,as it turned out it never happened,my girlfriend was a compulsive liar.after my first court appearance she turnt up at my door with a mini skirt on andpillow talk she told me that I did not hold a knife to her throat.i pleaded guilty initially as I did not know any different.my case then went to Swansea crown court and it was thrown out, NOT GUILTY.then I had to go to Carmarthen crown court,yet again,thrown out,NOT GUILTY.then back to haverfordwest only to be found NOT GUILTY of the same offence I did not commit.i am intending on taking this up with the solicitor that was dealing with my case as having to be found NOT GUILTY of the same offence that I did NOT commit THREE times aint rite at all !!! OVER £200travel expenses,but that is some what irrelevant !!!
miff - 13-Apr-16 @ 6:11 PM
Title:
(never shown)
Firstname:
(never shown)
Surname:
(never shown)
Email:
(never shown)
Nickname:
(shown)
Comment:
Validate: